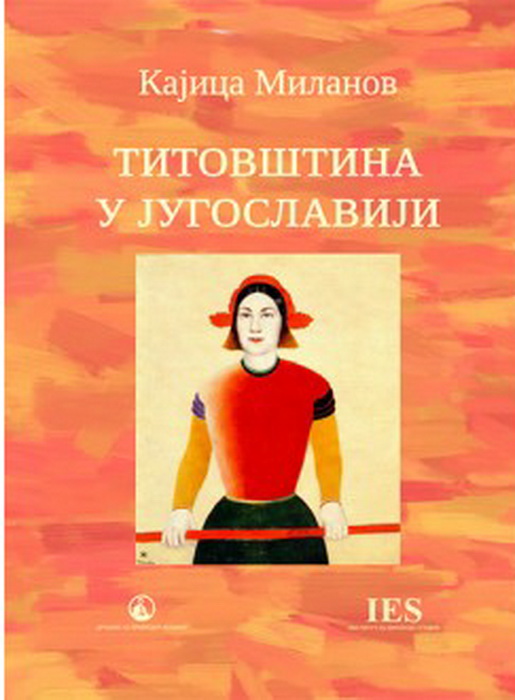 Kajica Milanov (1905, Jozefovo near Nova Kanjiža – 1986, Melbourne) was a Serbian philosopher. After completing his undergraduate studies in Vienna and Belgrade, he received his doctorate from the Friedrich Wilhelm University in Berlin in 1932. During his studies, he listened to lectures by Branislav Petronijević, Nikola Popović, Nikolai Hartmann, Arthur Liebert, Wolfgang Keller and other prominent intellectuals. After the retirement of Prof. Nikola Popović, whose assistant he was, in 1940 he became an assistant professor at the Department of Logic and Theory of Cognition.

As a reserve infantry lieutenant, he participated in the defense of the Kingdom of Yugoslavia in the April War of 1941. He spent the war in German captivity. After the war, as a royal officer and anti-communist, he could not return to the professorship. Together with his future wife, he emigrated to Hungary in 1947 via Hungary. After two years in a refugee camp, he moved to Australia, where in 1954 he became a teacher in the Department of Philosophy at Hobart University.

From the foreword of Slobodan Jovanović:

The writer of this book, Dr. Kajica Milanov, was especially qualified to express his opinion on the communist government in Yugoslavia. He has lived under that government for some time, and is able to talk about it based on personal experience. Academically educated and a philosopher by profession, he is able to critically examine the Marxist theory itself, which serves as a “Credo” for all communists. Mr. Milanov is a staunch opponent of communism. He is the opponent of every tyranny, especially one that does not even allow the freedom of scientific thought. While in Yugoslavia, he was required, as a teacher at the University of Belgrade, to teach philosophical subjects in the Marxist spirit. He preferred to migrate to the foreign lands than to speak from the chair contrary to his scholarly belief.

The book Titovština u Jugoslaviji [Tito’s Ideology in Yugoslavia] was written in the middle of the 20th century. In it, one can recognize the methods of systematic subjugation of humanity in dictatorial regimes.

The only instruments of power in which the communists firmly believe are force and propaganda, and the only methods by which their propaganda operates are intimidation by threats and deafening by repetition. All other educational means are either put into service or subordinated to these two methods. Education and science, religion and art have already been partially put into service or should soon be fully put into service. If the so-called the broad masses of the working people of the countryside and the city cannot be kept by force within the framework of party directives, they must be persuaded to submit by means of propaganda. It is partly systematic intimidation, partly stereotypical repetition of slogans, praise of the leadership and their actions, and praise of the measures taken to keep the party and its leadership in power.

Mussolini promised the Italian people the restoration of the ancient Roman Empire on the coastal lands of the Mediterranean Sea. Hitler promised the German people a thousand-year empire and supremacy in Europe. Stalin goes further and promises not only to the Russian people, but in a sense to all the peoples of the world, that he will achieve eternal bliss on earth in a future classless society, provided that they put all their life force at service of himself and of the small groups of international intellectuals and professional revolutionaries.

Tito goes the furthest. He claims that the Yugoslav peoples are already in a state of eternal bliss, because his state is supposedly beginning to die out, and the government is waning. All of them, therefore, take and seek the present real rights and seek real life force, and in return offer tempting images of a more or less distant future.

Not long ago, we saw what kind of crimes secret state forces can force their subjects into. One should never think that one hides one’s intentions because they are flawless and sets political goals for the distant future because they are useful for the community. The promises of future happiness and prosperity, made by all the dictators of all countries, times and ideologies to those who are deprived of their rights and advantages in the present, constitute ordinary political deceptions, calculated on the gullibility of the masses.